How is the Red Meat Industry Linked to the Planet Pollution?

When speaking about pollution on our planet, the first things that come to our mind are the automotive industry, coal production, factories, and transportation.In recent years, people started arguing that a huge contribution to global pollution has the meat production. Especially the red meat production – meaning the beef and sheep industry.

Also, the dairy industry is connected to the beef industry by providing a direct product from the cows – milk, which leads to other products that have wide placement in the supermarkets – such as cheese, yogurt, spreads, etc.

How does the beef industry pollute the environment?

For mass beef production, you need many natural resources, such as land and water.

Because of the lack of arable land nowadays, the beef industry expanded to the wild areas. We could see many examples of deforestation because of it. Amazon is a great example. Fires that burned a part of the Amazon rainforest are directly connected to purposely clearing the forests for some industries.

People are cutting down forests to provide space for their cows, or to provide crop fields to feed the cows. But in the end, it leads to the same industry and cause.

Sooner or later, we will have to recognise that the Earth has rights, too, to live without pollution. What mankind must know is that human beings cannot live without Mother Earth, but the planet can live without humans.
Evo Morales

Cutting down forests is not bad only because we are losing trees that could absorb the CO2 from the atmosphere. Trees that are cut, release the stored CO2 back into the atmosphere, which contributes to the massive pollution in those areas.

Besides land, water is the second natural resource that people use in enormous amounts on farms. Water is required to grow crops for animals and to maintain factories. Also farm animals are drinking it. According to PETA, a single cow can consume from 50 to 100 gallons per day, depending on the weather. That leads to the fact that producing just one gallon of milk requires 683 gallons of water. In the US, 80 – 90% of water consumption relates to agriculture. 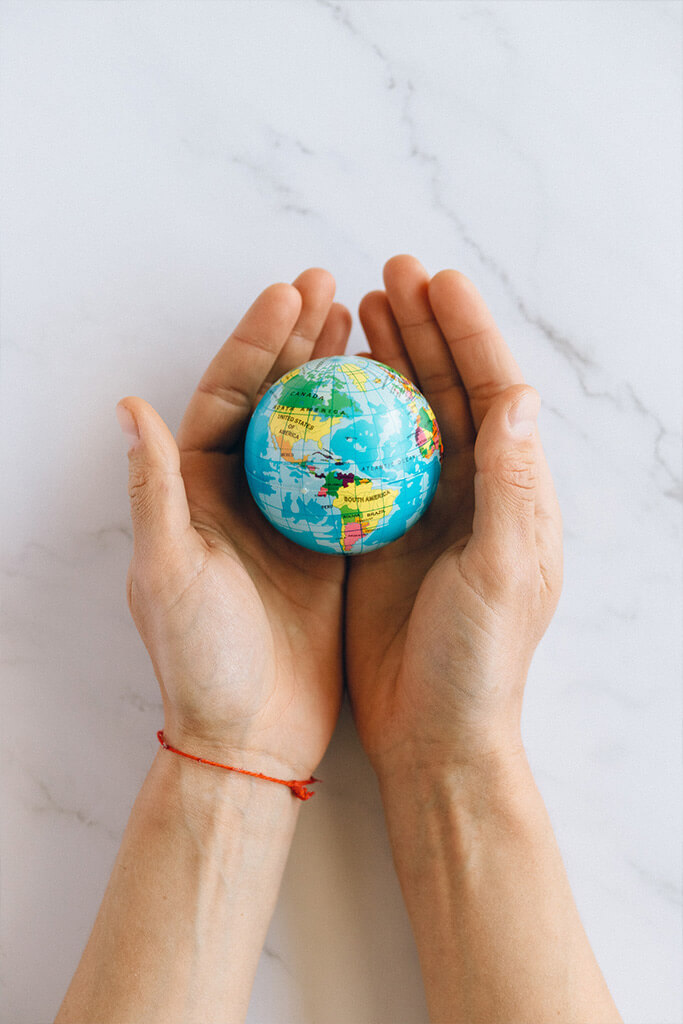 Not to forget that all the runoff from red meat industry farms holds bacteria and viruses, which cause pollution in our groundwaters. Those groundwaters later end up in rivers and lakes. All those toxins are dangerous to humans and animals and can lead to inflammation, irritation, poisoning, and neurological problems.

Cows produce methane, which directly goes into the atmosphere. It happens during the fermentation process when cows are digesting the food. Methane is a greenhouse gas that is up to 34 times more powerful than CO2.

A study done by the U.N. Food and Agriculture Organization estimated that the global demand for beef due to the growth of the global population could grow by 88% by 2050. That could lead to deforestation. Due to the high land usage, increase global emissions, and raise annual raising temperature up to 2 degrees C.

According to the World Resource Institute Website, beef and lamb production require 20 times more land and emit two times more greenhouse emissions per gram of edible protein than plant proteins – such as beans, for instance. Those are some big figures just for the red meat industry, what about other industries that cause pollution?

Is the red meat industry the only one that causes pollution?

Although beef is the most polluting meat industry of all meats, other industries also pollute the environment. Second place holds sheep industry, which emits an almost similar amount of gases as cows. But since cows need more time to grow and produce, they are in the first place as the highest polluters. Those are considering being under red meat production. Right after comes the farmed fish, where farmed shrimps stand out as the highest polluters from all the seafood. They also emit methane, as cows do.

The milk and cheese industry is in 4th place of polluters. Right after come other farm animals such as chicken and pork.

Our World in Data has shown on the chart below, how agriculture is polluting the environment: 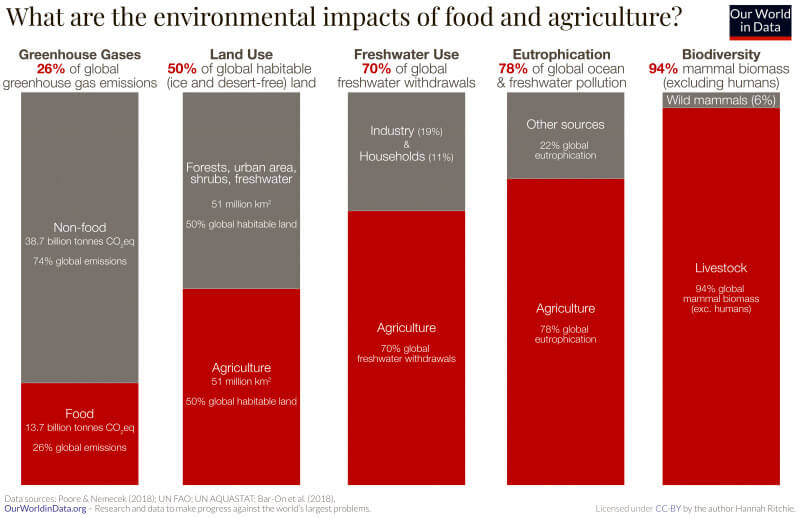 As the global population is growing, the demand for producing more and more meat and other animal-related products (milk, cheese, eggs) is also expanding. That leads to using more space and natural resources. What can happen is that the natural resources could drain out, and forests are at risk to disappear. Polluted waters are dangerous for the human end even animal use.

Our planet is already enormously drowned in pollution, but all these predictions are leading to much bigger pollution. We can’t imagine it now, but we will see it most probably when it’s too late to take action. “Too late” will be when all the natural resources disappear. What are we going to do then?

We can’t turn back time or take preventive measures, as the damage is already made. However, we can change our kind of lifestyle to recover our planet.

All figures above are pretty scary and discouraging. However, we should have in mind that mass red meat production is made by human hands. Only in that way it can stop, which requires radical actions – from us, humans.

The most reasonable way to save the environment is to cut out the meat from your diet.

By going vegan, one person can save approximately 219.000 gallons of water a year. But, you are not only saving natural resources, but you also save 100+ animals a year by cutting the meat off.

Researchers at the University of Oxford found that cutting meat and dairy products from your diet could reduce an individual’s carbon footprint from food by up to 73%. That is a lot that only one individual can contribute to minimizing pollution. Can you imagine if half of the world would do the same?

By implementing a vegan lifestyle, you contribute to less water consumption, less deforestation, less livestock emission, less air pollution, less energy consumption, and many more. So, don’t tell yourself that you can’t change the world because – you can. Start from yourself today, give a positive example to your surroundings. Provide a clean future for your children. 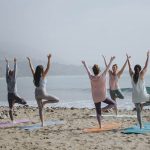 Top Tips for Keeping Healthy if You do Eat Red Meat. 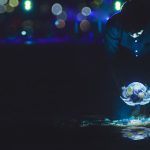 Is It Even Possible To Restore Our Planet?