Since time immemorial, meat consumption has always been tagged with some negative opinion. It’s true to say that meat, despite being that chewy, juicy, full-of-flavour food that satisfies most appetite urges, it remains one of the most dangerous foods. Flexitarians and vegans are continually searching for foods that resemble meat but are not meat and have the same nutritional benefits. In other words, meat analogue is a meat substitute that is made solely from vegetarian ingredients. How impressive is that!

What is an analogue?

The first-ever made meat analogue was made in China by Han Dynasty and it’s known as Tofu. It was valued by the Chinese people back then as an imitation of meat. Other types of meat analogues are inspired by popular ingredients you and I know of, such as legumes, mushrooms, rice, seitan, soy and wheat gluten.

These ingredients are made so that the end food product will taste like ham, lamb, beef or even chicken. Have you ever eaten a meat analogue?

As the years go by, consumers are continuing to gain more interest in meat substitutes and it is becoming popular among vegetarian and vegan diets. People are looking for convenient and nutritious foods that match their ever-busy lifestyle.

With the meat analogue, you are assured of consuming a product with the flavour, texture and appearance of meat. The meat analogue is a nutritious and delicious alternative that is beneficial not only to your health but also to the environment.

Benefits of the Meat Analogue

Enough of talking about the definition and meaning of the meat analogue. I just needed you to grasp it deeply before we embark on the benefits of these foods; I hope you don’t mind. Meat analogues are made for those people who can’t just stop eating meat.

Did you know that if all supermarkets stopped selling meat or that meat consumption would be banned in the whole world, it would take less than one year before we start hunting? I know it sounds crazy, but it’s true.

Also Read: What you have in your plate is a political act. The vegan edition.

Just like meat, meat analogues provide you with high-quality protein, and I mean healthy protein. They also contain more negligible amounts of fats. Another pro is that they have a higher amount of fibre than red meat because, as I mentioned, they are made entirely from plant ingredients.

Food rich in fibre means your body will absorb the nutrients in food and improve your immune system hence reducing risks of inflammation. Moreover, consuming fibre rich foods decreases the risk of attack by cancer. These foods are also low in cholesterol, high in protein and low in fat.

The truth is, meat analogues might not be as tasty as actual meat, but the health benefits you will gain from them are immense. So, would you rather consume meat simply because it’s delicious but will end up causing harm to your body or eat a substitute of meat that not only tastes like meat but has numerous health and nutritional benefits?

Meat lovers often argue that consuming meat is ‘natural.’ If you eat meat, chances are you were born and you found your family eating meat. Some even say that our ancestors were the foundation of meat consumption and nothing seemed to happen to them healthwise. The big question is, are we really supposed to eat meat? 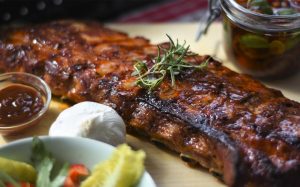 If you have come across the teeth of a lion, you will notice that there’s much difference compared to our teeth. This is similar to other carnivores. Human beings do not have large canine teeth and sharp claws meant for tearing flesh unless you’re a vampire. That was pun intended.

Folks and knives must be put to use if you want to eat meat. Carnivore’s jaws move up and down when they chew flesh. While for us, it moves up, down and sideways and we also have flat molars for grinding through fruits and vegetables.

Its time to make a Wise Decision

I think these are enough evidences to show you that eating meat for humans was driven by the lust for flesh, which is not how we are meant to be. However, if you are inclined to meaty products, the first step to giving up meat is to try the meat analogue. They’ll save you loads of hospital bills.

Meat analogue is continually increasing in demand both in the current and the future markets. You have to know that this product was not created for vegans. It is for people who were perturbed by a sustainable environment and healthy eating.

Efforts are being made globally to foster equitable and sustainable reforms on the food system and diminish the impact of meat consumption on human health and the environment.

Why not be part of this initiative by doing away with red meat and begin consuming meat analogues. It’s time to get out of your comfort zone and begin adding these meat substitutes to your daily diet. 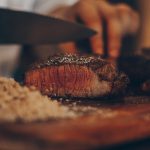 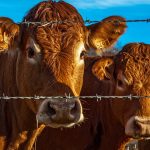