Animal Exploitation is A Cultural And Social Problem.

In a society that has been profiting from structures of oppression since its early days, with governments mastering the laws of manipulation, it should not be a surprise that the exploitation of animals became so normalized in western culture. In today’s article, we argue about how this injustice and inequality are deeply rooted in our humanity’s culture of oppression and domination.

Here at NoRedMeat, our goal is to dismantle incorrect information, passing down content that is – hopeful – enlighting, and helpful. We argue that society can not, and will not, achieve ecological and social justice if we refuse to break free from old patterns that serve for nothing nowadays.

Why is the animal exploitation still so normalized?

During humanity’s years, animals have been our constant companions in this terminable world. Some we hold in high admiration, while others result disgusting or threatening. Some we choose to live close by our sides as members of our families, while others we see as collateral damages, without even acknowledging they are as being as we are.

We obliviously accept the end of many lifetimes just for the sake of our pleasure, vanity, and convenience. Animals have been part of our lives since the millennia. They have worked for us, protected us, entertained us, and nourished us. In return, we offered, for billions of them, a life of injustice.

From racism to homophobia, different groups of our society are subject to scrutiny, relation, and inequity. Although very tangible, the same but different, is happening with animals. The belief that our species is superior enough to exploit others is the basis of all others problems we face as a collective. It is a deep-rooted set of systems that we carry with ourselves to this day. Because at the end of the day, we are all projects of what we learn, what we read, what we consume.

And if all we know is that some animals you love and others you choose to eat their meat, and that is the norm of life, how do we dismantle these sets of beliefs?

Also Read: Taking actions against animal cruelty: a fight we should all be part of 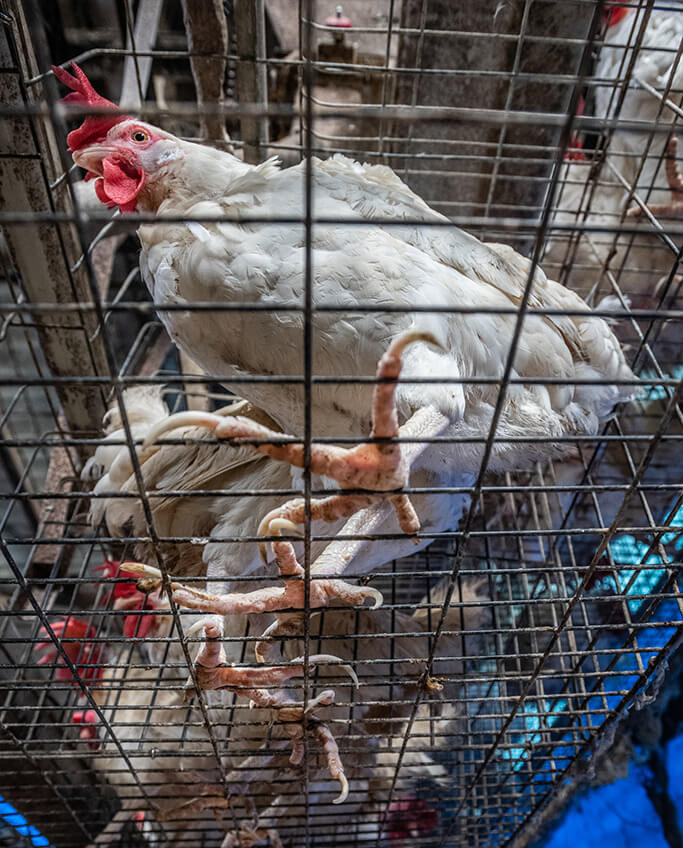 First, we need to acknowledge our privilege. For something to end, we must admit its existence. And leaving the privilege bubble is not only arduous but structurally impossible. One because society built over and with these privileges, and the freedom of remaining unaware or unconcerned about the challenges and injustices other members of our world are facing is comfortable. You want things to stay the same, so you don’t have to face what is happening outside your friends and family circle, which is another characteristic of privilege.

As humans, we enjoy vast, unearned privileges at the expense of animals, exploiting them for food, clothes and as ginny pigs for laboratory tests. They are our entertainment and our best friends. We use them without asking for permission, without even thinking about asking permission.

Simply because we are too ignorant to the point where we believe they are here for us, not with us. We perceive as natural, as a necessity, the abuse of animals because it has been so tightly into our socio-cultural and economic system that we lost the ability to see it for what it truly is.

To get rid of a system of beliefs, we must ask ourselves some hard questions. Do I believe to be acceptable the mass consumption of red meat and dairy products? If so, why do I think that? Are these opinions coming from personal experience or my family’s traditions? Asking some of these questions is the first step to change.

Sociologist David Nibert, in his study about Entanglements of oppression and liberation (2002) argues that the economical basis of human exploitation of humans and animals is sociological. He argues that injustice and oppressive practices against other groups or species are not just because humans can be unethical or immoral. David says that our natural capacity of loving, caring, and being emphatic with each other has been (and continues to be) compromised by an economic, political, and social belief that glorifies private wealth over the collective. 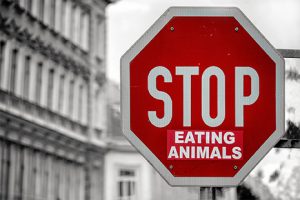 The world moves around wealth and profit. From an economic point of view, it is the crucial thing humans should make: more money. Since the industrial revolution, the fast modernization of all areas of agriculture led humanity to mass consumption of red meat, and consequently, mass production.

With the pressing necessity of creating more, our actions become less and fewer questionable. And our animals suffered the consequences of our economic boost.

Not only that, the history of our humanity is pledged by moments of inflicted pain upon a specific group we condemned to be different or less worthy. Perhaps, the ways we mistreat animals are a reflection of the ways we treat other humans. To back up this thought, I have recently found, around the corners of the internet, Will Tuttle. With a master’s degree in humanities and a P.h.D in the philosophy of education, Will is also a professional pianist, worked in tai chi, practices yoga, mediation, and is adapted to veganism.

Tuttle wrote a magnificent book, World Peace Diet: Eating for Spiritual Health and Social Harmony, where he explains how the way we treat others becomes a reflection of how we treat animals. According to him, we experience an increase in human families, and we break apart animals’ homes. We face an escalation of obesity, so we cause our animals to grow unnaturally. We experience an addiction, dependence, and abuse of drugs while we inject in animals an enormous quantity of pharmaceuticals.

The relationship we built with each other, with our economy, with our social surroundings can positively or negatively impact the lives of our animals on this earth. To look at this planet and to save it from colonial structures of power.

To do so, we need to enter a journey against old habits, question our culture, question our role in this fight. Because Earth does not belong to us, we are mere passengers that someday will depart from here. 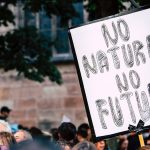