Food is the key element for human survival. By years, technology made a key element of survival turn into a key element of enjoyment, and how we call it today – gourmet.  Then the internet and social media, together with various food blogs, made food a thing to show off. Fancy restaurants, often promoting French cuisine, offer fancy dishes that usually include animal products or ridiculous animal parts. That plate maybe looks nice and representative, but it is an unhealthy diet for you.

It is nice that the technology is developing, but exaggeration is not good in any industry.
Because of the speed of information today, people blindly follow food trends and must-try classics.

BUT, where does the food come from? What does it take to make one foie gras, lamb chop, steak, beef bourguignon, and many other specialties? Is it even healthy?

People are not aware of the entire process behind their food. The journey from the production to the final delivery to the plate.
Raised to be killed for food, animals live in dark places, often not seeing daylight for their entire lifetime.

When animals are ready to be slaughtered, they are being killed in the most unethical ways – turned upside down and hanging on a hook while being fully conscious, waiting in line for their throat to be cut.

The easiest diet is, you know, eat vegetables, eat fresh food. Just a really sensible healthy diet like you read about all the time.
Drew Carey

Then they are cut into pieces, and after adding all the necessary additives to hold freshness, exported from the slaughterhouse to markets around the country. Restaurants buy that meat and prepare it for their customers, always insisting that it’s fresh.
But how fresh is that meat? It takes minimum few days to reach your plate after being killed, so how good is that meat anyway?

Also Read: We Cannot Talk About Food Without Talking About Racism. Here’s Why. 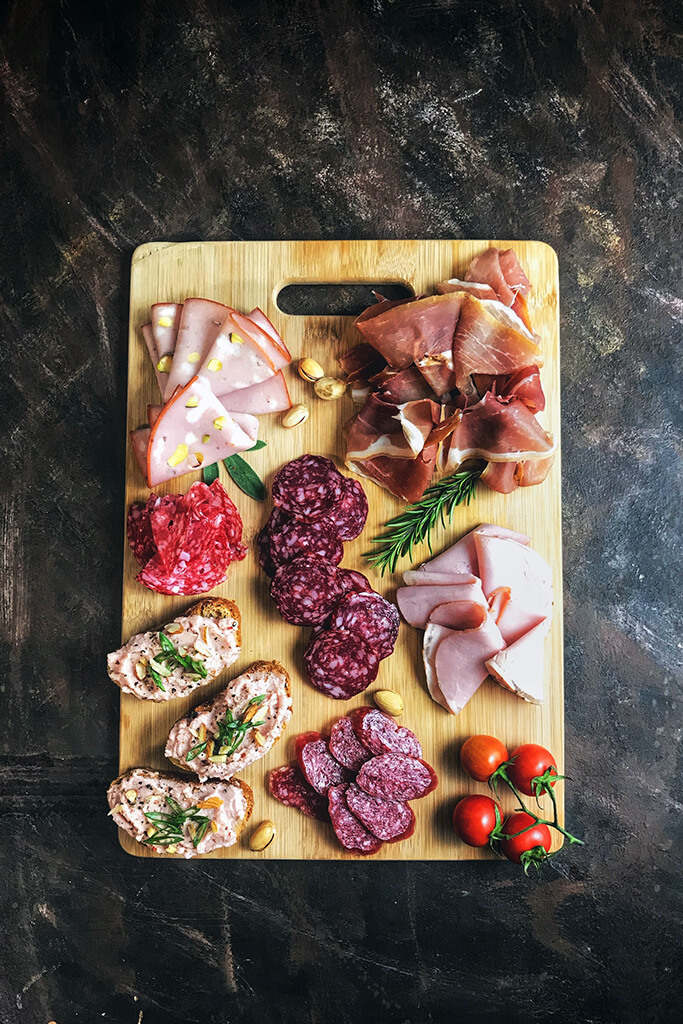 The final consumers see just a steak or a piece of meat nicely decorated, with lovely sauces and fancy garnish. Customers are hungry and want to please their basic needs, plus if it is tasty and they can enjoy it in a nice ambiance – it is the highest level of pleasure.

Last chance for animals” organization made a video, where they wanted to prove the point of human unawareness of the food origins on their plates. They made a restaurant where after the guest orders a dish, the waiter comes and takes the guest to the kitchen. The idea was to make the guest prepare their dish from the beginning of the process. 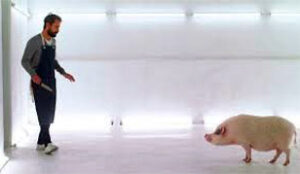 But, once a person enters the kitchen, they see a live pig standing in front of them. Then the waiter handles the knife to the customer to kill the animal. Nobody decided to kill the animal in the kitchen. People were playful to the pig because we don’t have the predator instincts inside our genes.

So it is not enough to wave with a transparent “go vegan”, sometimes you have to take hard measures to prove your point.

Juicy steak has some dark history behind it, that we don’t want to know. However, it is time for the truth! We are thought from childhood that an unhealthy diet is actually healthy for us! Especially for meat, we learned theories that it’s good for our bones, blood, strength, vitality, etc.

Meat is generally high in saturated fat that leads to rising blood pressure. Consuming too much red or processed meat can lead to various diseases – high blood pressure, heart problems, colon and bowel cancer, etc. Still not aware of your unhealthy diet?

Let’s dive into the official ingredients of the meat on your plate:

Antibiotics used in raising farm animals lead to antibiotic resistance. That means that the body has no response to the antibiotics that suppose to kill the bacterias.

Meat coloring is as unhealthy as using antibiotics because it misleads the customer about the freshness of the product. Industrial meat doesn’t look fresh or tastes fresh unless you put some additives inside. There is an estimation that more than 70% of supermarket meat is treated with Carbon Monoxide, which keeps the meat looking artificially fresh. Carbon Monoxide is being used for meat to look fresh for a long. It does not have any smell or color, but it is poisonous to humans.

Additives added to meat are also dangerous for human consumption and can cause serious health issues after a while. Do you think that a slice of bacon or a hot dog has that delicious taste naturally? Nope! For that particular taste, Sodium Nitrate takes the responsibility. As for everything else tasteless, add Sodium Nitrate to make it amazingly delicious! Other food additives that you should be aware of are Monosodium Glutamate and FD&C food colors, which can cause nausea, breathing problems, severe allergic reactions, asthma, etc.

Believe it or not, you can have better digestion by being mindful of the food that you eat. Releasing bad habits from your diet will help you get full with less food consumed. Ditching unhealthy diet from your life will have a positive impact on your daily activities and emotions.

Last but not least – our environment, which has been suffering from human’s overconsumption in everything! Especially in meat. Farm-raised animals generate excessive waste going directly to the air and groundwaters – finally, to the water we drink. It is not just about the CO2, nitrous oxide, methane, and other chemicals released into the air. It is also bacterias and toxins released to the ground. The runoff from farms can cause illness to people being in direct contact with contaminated water.
So, all gasses released into the air contribute to the global warming and destruction of our planet, while the runoff contributes directly to unhealthy living conditions for whole communities around the farms.

By going vegan you save communities, animals, and the environment! It sounds like a superpower! 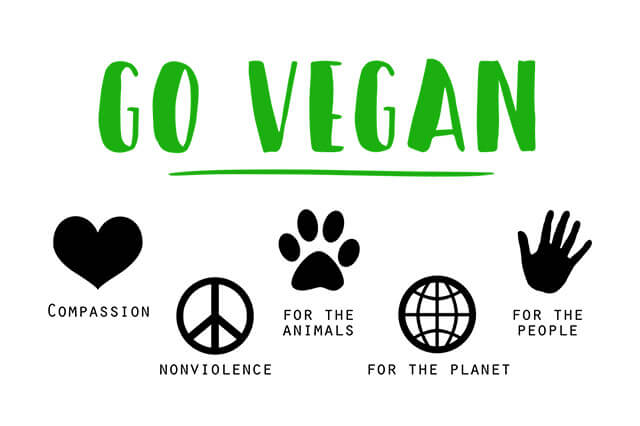 It is nice that technology is developing, but isn’t that the reason we should find some more human ways? Is it human to kill living creatures that have feelings like us in the 21st century for some basic needs? Why eating meat is still a question? Not to mention how unhealthy thats or of diet is.

After knowing the facts, ditch the unhealthy diet and go vegan!

There is a positive side to this story! It seems that one part of humanity is awaking. Those are the people who understood the importance of going vegan. The fact that vegans are changing the world, explains the enormous rise in vegan products on market shelves. We should bring on our superpower and raise awareness for the animals, the planet, and our kids! Go vegan! 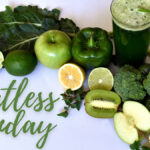 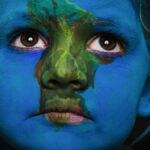